PORTRAIT: GEORGES PERNOUD, A MAN WHO LOVED THE SEA 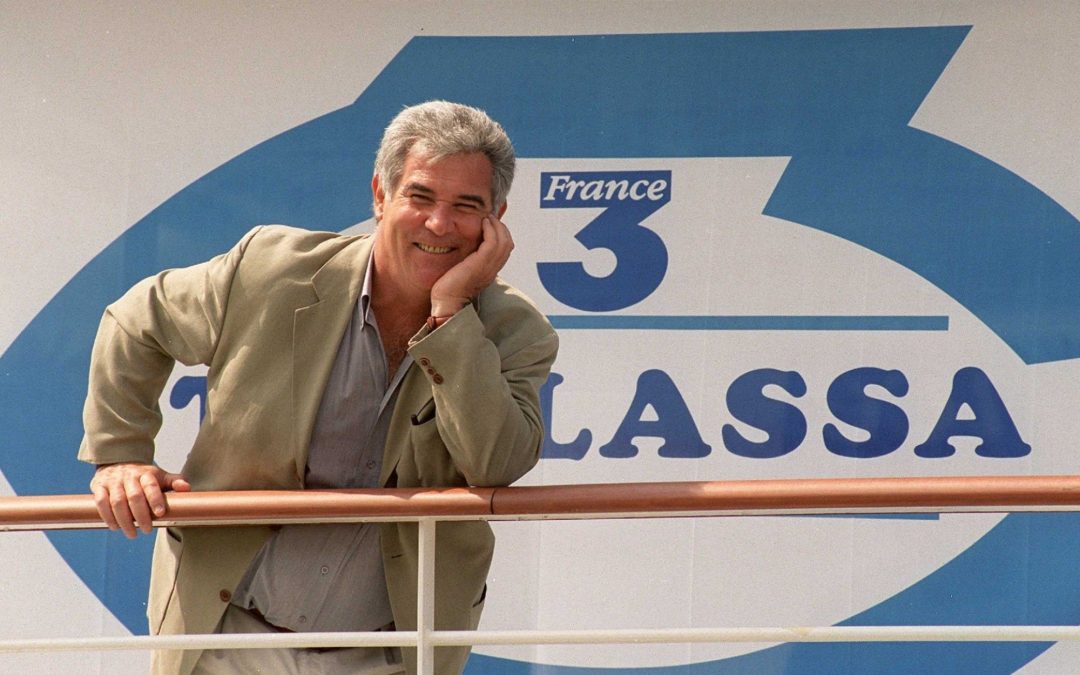 A journalist, host and television producer, Georges Pernoud created the “Thalassa” magazine in 1975, one of the oldest television programs on the French audiovisual landscape.

On January 10, 2021, Georges Pernoud leaves us after a long illness, on this occasion we wished to create a portrait to pay tribute to him.

Who was Thalassa’s father?

Georges Pernoud was born on 11 August 1947 in Rabat, Morocco.
His family is made up of several famous journalists, such as his father and uncle.

He began his career as a cameraman for the ORTF in the early 1970s. In 1973, Georges Pernoud covered in the Whitbread sailing race, between Portsmouth and Cape Town. It was there that he discovered a true passion for the maritime world, which would never leave.
Before his passion for the sea led him to create Thalassa, he appeared for the first time on television in November 1973, participating in the television news “24 heures à la une”.

And the Thalassa adventure begins …

On June 4, 1975, Georges Pernoud begins the Thalassa adventure, by offering the television magazine to France 3, it will be accepted two days later.
The first show, of thirty minutes, will be recorded in Marseille and aired on September 27.
At that time, he still does not have the face of this magazine dedicated to the world of the sea, since we only hear his voice during his reports.
It would take five years, in 1980, for him to start playing physically «Thalassa» in front of the camera.
A love story that will never stop until 2017, 42 years later.

He will bid farewell to the viewers of France 3 during a last show that will be dedicated to him, on June 30, 2017 with his famous «Bon Vent».

Where does the name “Thalassa” come from, the little story …

Thalassa is a deity embodying the sea in Greek mythology.

According to legend, when the sailors were embarked and saw the sea on the horizon after long excursions, they used to shout “Thalassa” which means sea in Greek.
This scream became famous in the marine world, Georges Pernoud was inspired by it.

A passionate man rewarded by the “Legion of Honor”.

Thanks to his program «Thalassa», Georges Pernoud has contributed to raise millions of viewers’ awareness of ecological issues and the defense of the coastline through numerous reports.
In 2017, shortly before his retirement from the magazine, Ségolène Royal, then Minister of the Environment and the Sea, made him a Knight of the “Legion of Honour”.

Saint Martin and Saint Barth highlighted in several of his reports.

During his many excursions for his reports, Georges Pernoud had the opportunity to stay several times in Saint Martin and Saint Barth, the show has also made various documentaries on our islands.

Especially in May 1989, his teams had gone to Saint Barthélemy. The episode of less than five minutes returns on the history of the island. ( you can view it by clicking on the link below )

But also more recently, after the hurricane Irma.

An unconditional love for the sea!

For more than forty-two years, Georges Pernoud, a great enthusiast of the sea, was a dream smuggler, he transmitted to us by the kiss of all his reports, the love and the history of the sea.


Thalassa, remains to this day a magnificent program that makes us travel daily through our screens and that above all makes us realize the importance of our environment and the impact we have on it.

Video of tribute of Georges Pernoud.

There are no upcoming events at this time.