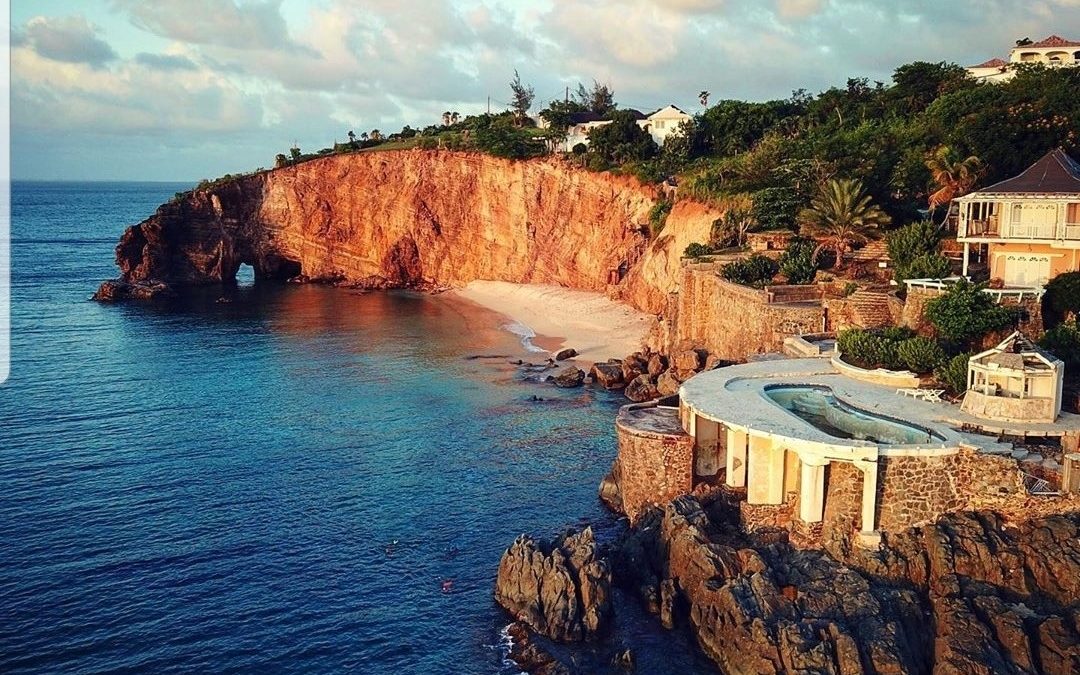 Today, we share with you this beautiful photograph of the beach of Baie Rouge with its arch in the cliff, one (other) must to admire the sunsets.

Did you know that an archaeological site is hidden under the parking of the beach?

The Baie-Rouge archaeological site discovered in 1957 by the Keur couple was mentioned by the Bullen couple in 1966. Surveys were conducted by M.P. Sypkens Smit in 1982 and by C. Henocq in 1994.

The latter revealed an elenan-ostionoid occupation (around 1100 A.D. ) and especially chican-ostionoid (around 1500 A.D. ). This last occupation makes it one of the most recent sites of the small caribbeans island that could have been contemporary with the passage of Christopher Columbus in 1493.

The chican-ostionoid ceramic found on the site is of the same style as those produced by the Tainos on the big caribbeans Islands.

There are no upcoming events at this time.